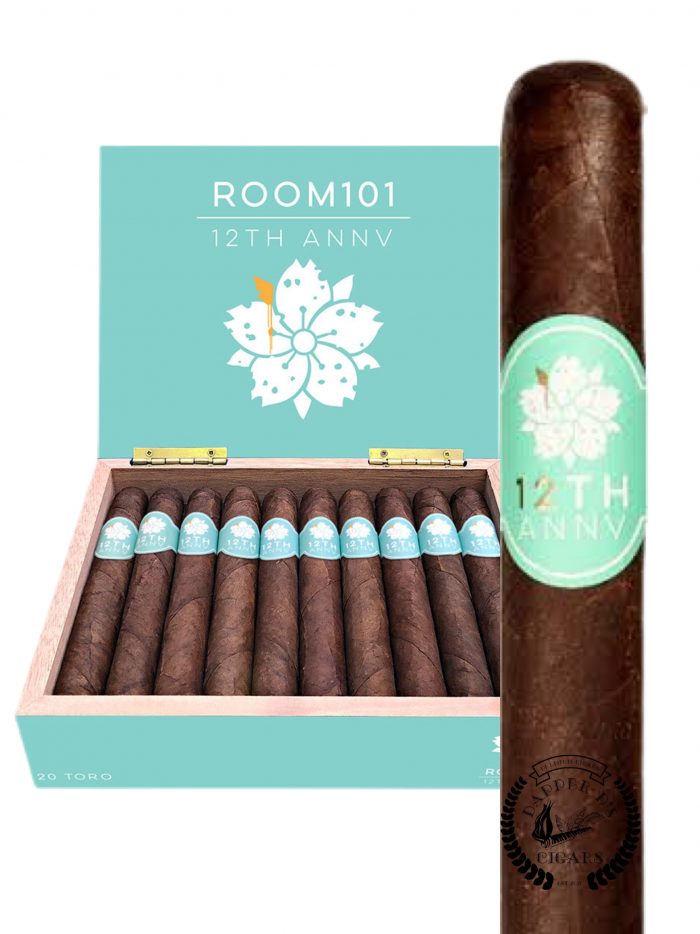 The Room 101 12th Anniversary Toro is a commemorative stick that celebrates the brand’s twelve years of crafting memorable cigars. From its filler to its dark, savory Maduro wrapper, this Nicaraguan puro is not only flavorful, but it is considered the most potent cigar in the brand’s anniversary series. The cigar’s blend was developed by cigar impresario AJ Fernandez from tobaccos grown on AJ’s farms. The Room 101 12th Anniversary is handmade at the Tabacalera Fernandez Factory in Esteli, Nicaragua. Only 1,001 boxes of 20 cigars per box were made so be sure to order yours today.