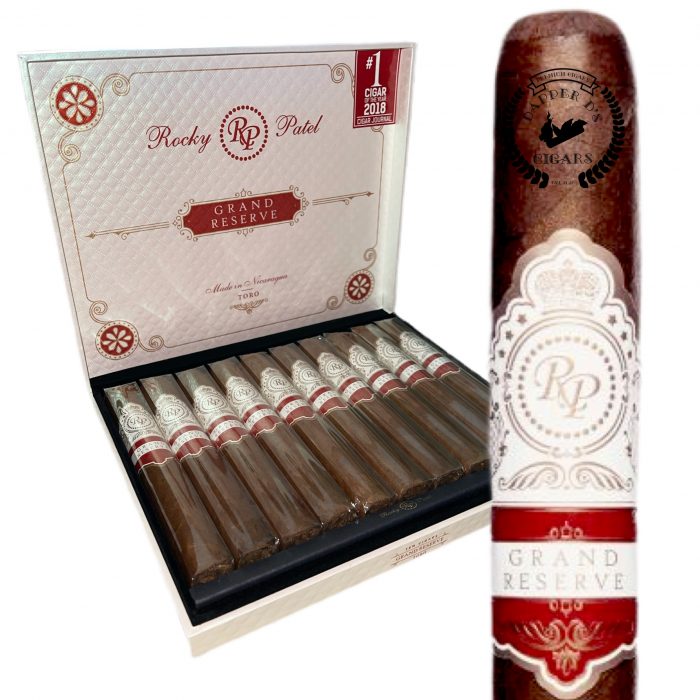 Ranked Cigar of the Year in 2018 by Cigar Journal, The Rocky Patel Grand Reserve Toro is handmade in Nicaragua. This medium-bodied premium cigar is made of a proprietary blend that is not being disclosed, but it features a flawless reddish wrapper. The tobacco for this unique blend has been carefully aged for two years prior to rolling. The Grand Reserve has a deliciously sweet profile that is accented with notes of coffee and nuts. Before being released in the United States, it was released to the international cigar scene where it became a bit hit.