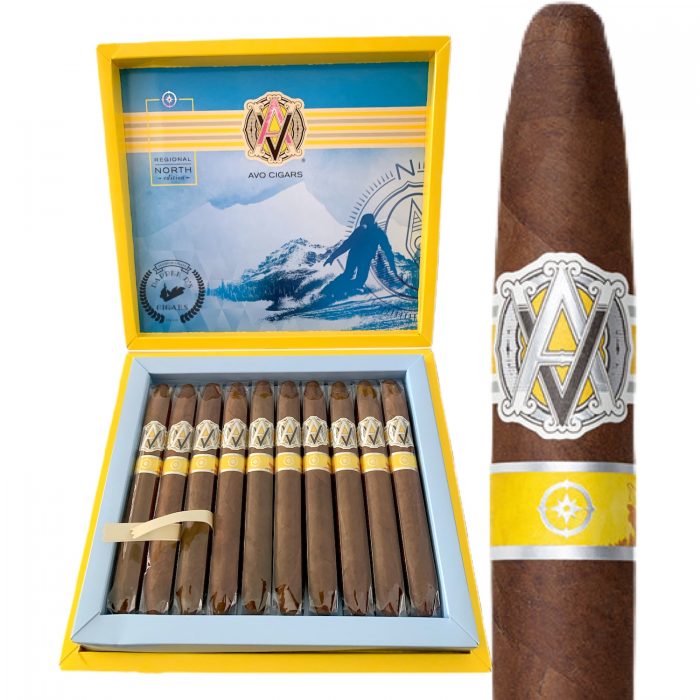 The AVO Regional North Edition Perfecto is a medium-strength cigar that is artfully handcrafted in the Dominican Republic. Like a perfectly assembled band, this limited release cigar features a dark, oily Maduro Dominican wrapper placed over a Dominican Hybrid Olor/Piloto Seco binder and a filler composed of Dominican San Vicente Visus, San Vicente Ligero, Piloto Ligero, and Hybrid Olor/Piloto Ligero leaves. This savory arrangement of Dominican tobacco creates a complex melody of flavors that includes nuts, cedar, and coffee. AVO cigars are named after jazz musician turned cigar composer Avo Uvezian. The AVO Regional editions cigars can only be purchased according to your geographical region. Only 2,000 boxes of 10-cigars per box of the North Edition were made, so order yours today.