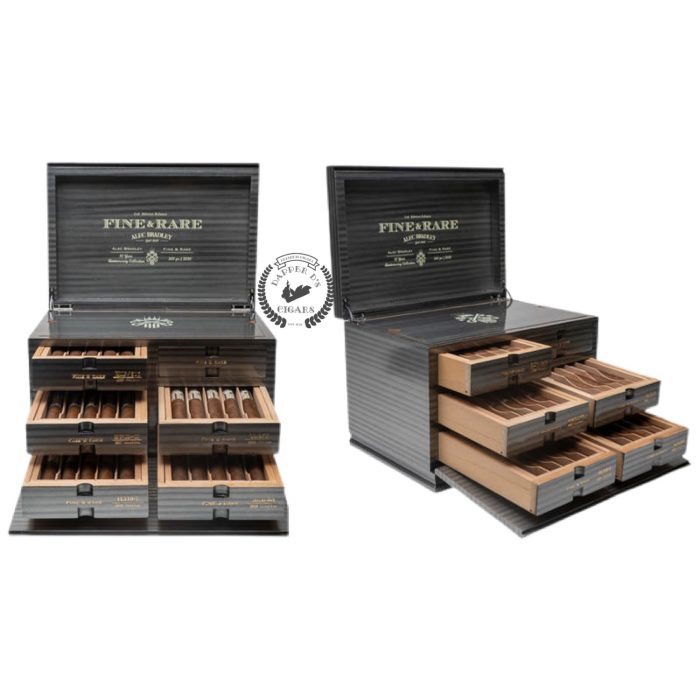 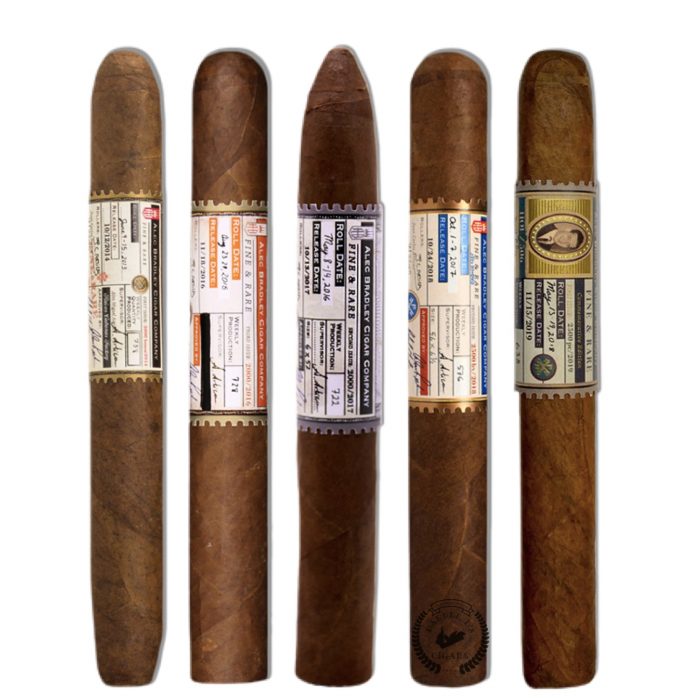 Since 2010, Alec Bradley has produced a Fine & Rare stick, which boasts a premium cigar made of 10 tobacco leaves. To celebrate the line’s tenth anniversary, they released the Alec Bradley Fine & Rare 10 Year Anniversary Humidor with 25 cigars. Resting inside this commemorative collectible humidor are five boxes containing past iterations of the Fine & Rare line plus one mystery gift.

The 10 Year Anniversary set contains 25 cigars—five each of the following Fine & Rare sizes:

Each cigar in this unique collection is an actual cigar from the original production run that was set aside in a special aging room for this anniversary release.