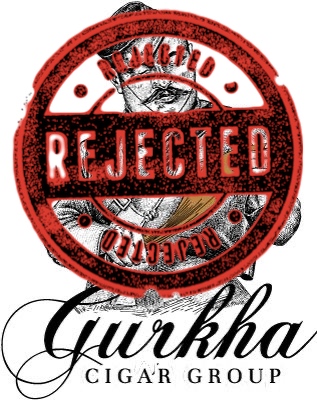 Kaizad Hansotia from Gurkha in hot water. The flamboyant Gurkha Cigars owner is an outspoken supporter of President Trump. His Facebook timeline was full of links and memes with support for the president. But Hansotia deleted his Facebook after creating an uproar within the online cigar community.

In the aftermath of the murder of George Floyd, Hansotia went to Facebook and posted “why do black lives only matter when killed by whites. Shouldn’t their lives matter when killed by other black people too.”. To add insult to injury, Hansotia than shared a meme by the apparel brand Heroic Outfitters about George Floyd’s criminal past. Heroic Outfitters Facebook page, by the way, is filled with right-winged memes and rhetorics.

The Krimson Society, a membership society exclusive to the brothers of Kappa Alpha Psi, called for a boycott of Gurkha, amongst other companies that shared the same rhetorics.

“It makes no sense to recount the series of tragic events that have placed our country in another moment of racial tension and upheaval. From Amaud Abuery, Brionna Taylor to George Floyd. The events that we have borne witness to continue to serve as a sobering reminder of the work we as Americans must continue to do to value and improve the lives of its Black citizens. With that said, there are still those companies and individuals, who have stated their vocal opposition to such efforts. This has been exemplified in instances of several cigar and spirits companies and owners publishing racially insensitive and inflammatory social media posts. We, the Krimson Society, say enough is enough.

Let it be known that the Krimson Society, comprised of a membership of 20,000 African American and Latino men, representing every profession including cigar lounges, retail stores, liquor stores, bars, and restaurants; will be boycotting all cigar lines and spirits brands that promote such racial insensitivity. In addition, we will be taking the following actions:

1. Mobilizing with all African American cigar and spirit societies throughout the country to create a national boycott list.

2. Sending letters to all major cigar distributors, retailers, and lounges and liquor distributors, in areas with a significant African American demographic, to discontinue sales of your products.

3. Send press releases to all trade and news media on social media posts found to be racially inflammatory.

We will begin the process to take these three actions effective immediately.

To be clear, no product is worth sacrificing the value and meaning of life. None. Therefore, to all companies that are either openly defiant or disrespectful to the current movement at hand, we say to you: If our Black Lives do not matter to you then your products do not matter to us.

PS: @gurkhacigars #americanbarrels you are both officially put on notice

It is without a doubt that Gurkha Cigars will hurt. A large part of the cigar community will now boycott the brand. And not only cigar smokers, but many tobacconists, especially the black-owned retailers will stop supporting Gurkha.

The official Gurkha Facebook page stated a message “To our Gurkha Nation: Kaizad Hansotia, owner of Gurkha Cigars, had erroneous posts on his private Facebook account. We believe the account was hacked, and it has since been deleted. The posts made in no way reflect the beliefs of this company.” Considering the fact that Hansotia has been posting pro-President Trump memes, right-winged propaganda, and (often already debunked) conspiracy theories, this statement won’t be believed by many people. The comments underneath the message are pretty clear about that.

And even if the hacker story is true, Gurkha should have come with a stronger statement, supporting the black community in their fight for equality and a fair justice system. To Gurkha, we would like to say #blacklivesmatter. As a result of Hansotia’s comments and Gurkha’s weak response, Ministry of Cigars has decided to pull the scheduled Gurkha Marquesa review that was planned for next week. Until Hansotia and Gurkha own up to their actions, no other Gurkha cigars will be reviewed.

This behavior is not tolerated in an industry where we call ourselves BOTL and SOTL. We will suspend contacts with Gurkha and will no longer sell their products on our website or our Brick and Mortar location.