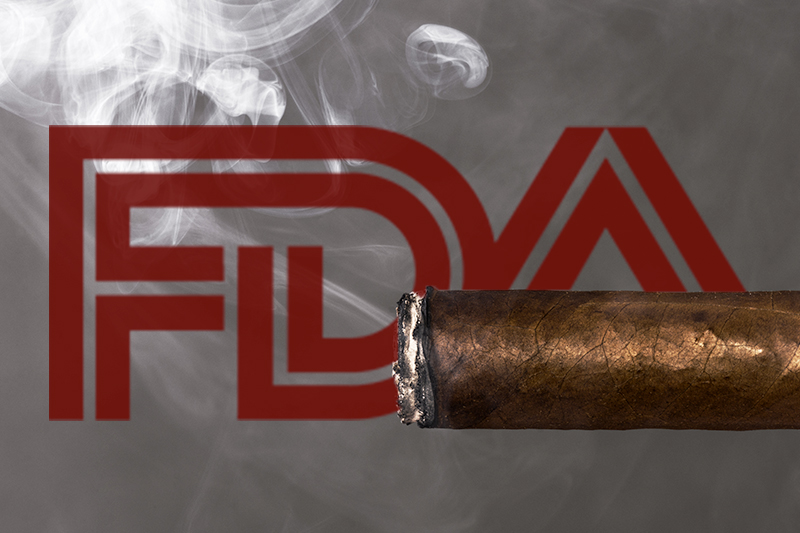 If you’re a cigar enthusiast and smoker, you’re going to want to hear this news–a recent court ruling has blocked the U.S. Food and Drug Administration (FDA) from requiring your favorite cigar brands to submit their cigars to the agency for review. While you’re a consumer and this news feels more legal and technical that the typical new product news you’re accustomed to hearing from the cigar industry and Cigars & Leisure, this is a big deal. Big. Huge!

Let us explain. Back during the Obama Administration, a piece of legislation called the Family Smoking Prevention and Tobacco Control Act of 2009 was signed into law. The passage of this act gave the FDA the power to regulate cigars and a bunch of other tobacco and smoking-related products including pipe tobacco, e-cigarettes, vapor products, hookah–if you could smoke it, the FDA suddenly had the ability to regulate it. With this power, the FDA released the Final Deeming Rule, guidelines and an outline for how it would regulate these products. Rather than creating an individual plan for each product, the FDA took a one-size-fits-all approach, meaning cigars were subject to the same regulations and rules as a e-cigarette, vapor, or even a hookah product. Make sense? Probably doesn’t, and that confusion has made the regulations for cigars unreasonable and placed a burden on your favorite cigar makers and local tobacco retailers.

Part of the Deeming Rules has been a pre-market approval process that all cigar manufacturers were going to have to go through. Basically, in order to have a cigar on the market, cigar makers were expected to gain approval to do so from the FDA. This process has been confusing from the start and has placed a big burden on the industry. In September 2020, manufacturers were expected to file what’s called a Substantial Equivalence (SE) application with the FDA for any product that doesn’t have grandfathered status–which is a majority of what’s on the market today. That means many of the cigars you enjoy and smoke right now would have required FDA review and approval in order to continue to be sold in the U.S. Since the Deeming Rule was first announced, the cigar industry has been fighting the legality of these regulations and requirements in court. Several trade organizations–the Cigar Rights of America (CRA), Premium Cigar Association (PCA), and Cigar Association of America (CAA)–filed a lawsuit and have, over time, managed to get certain parts of the Deeming Rule either delayed or put off entirely.

This week, these groups scored a major win against the FDA. Judge Amit P. Mehta of the U.S. District Court for District of Columbia ruled in favor of the premium cigar industry and against the FDA. In summary of the 30-plus-page ruling, Mehta decided that the FDA mishandled how premium cigars would proceed through the pre-market review process. The FDA failed to engage in “reasoned decision-making” when it came to premium cigars, which was in violation of federal law. The court also disagreed with the FDA’s response that “it’s hands were tied” when the premium cigar industry requested a more tailored regulatory review process.

Because of Mehta’s ruing, premium cigar manufacturers will not have to file for pre-market approval by Sept. 9, 2020 as planned. Though this ruling temporarily delays this major requirement, it’s a win for the industry and for you as a consumer. This means for now you shouldn’t see much change in your local cigar store’s humidor and could even see a few more “new” releases trickle out.

This victory demonstrates the importance of advocacy and political involvement as a cigar smoker. Without the actions of these trade organizations and the extra effort by many of your favorite cigar brands, this would not be possible and the cigar culture you enjoy would look and operate drastically differently than it does right now.

Glynn Loope, executive director of CRA, responded to the opinion by stating, “Judge Mehta’s opinion is a testament to the virtue of the public comments filed over the years with the FDA by our industry alliance, consumer messaging and the Administration pressure and Congressional advocacy brought about by our collective lobbying efforts. FDA failed to not only respond to these comments, but also to recognize the suggestions made to address the fairness of the proposed regulations. The efforts of the advocacy strategies initiated by CRA and PCA served as the foundation for this decision, proving that you always have to carry your message to both ends of Pennsylvania Avenue, and the courthouse that sits in the middle.”

As a consumer, you can support the fight for the cigar industry by becoming a member of the CRA. You can find out more about the organization and how to join by visiting cigarrights.org.

GURKHA IN HOT WATER OVER CEO COMMENTS ABOUT BLM MOVEMENT

Cigars for Warriors: Fulfilling the Mission During the Pandemic